The German department encourages all German majors to study in Germany or Austria. Studying in a German-speaking country is the best way for students to become literate in the language and gain a better understanding of the culture. 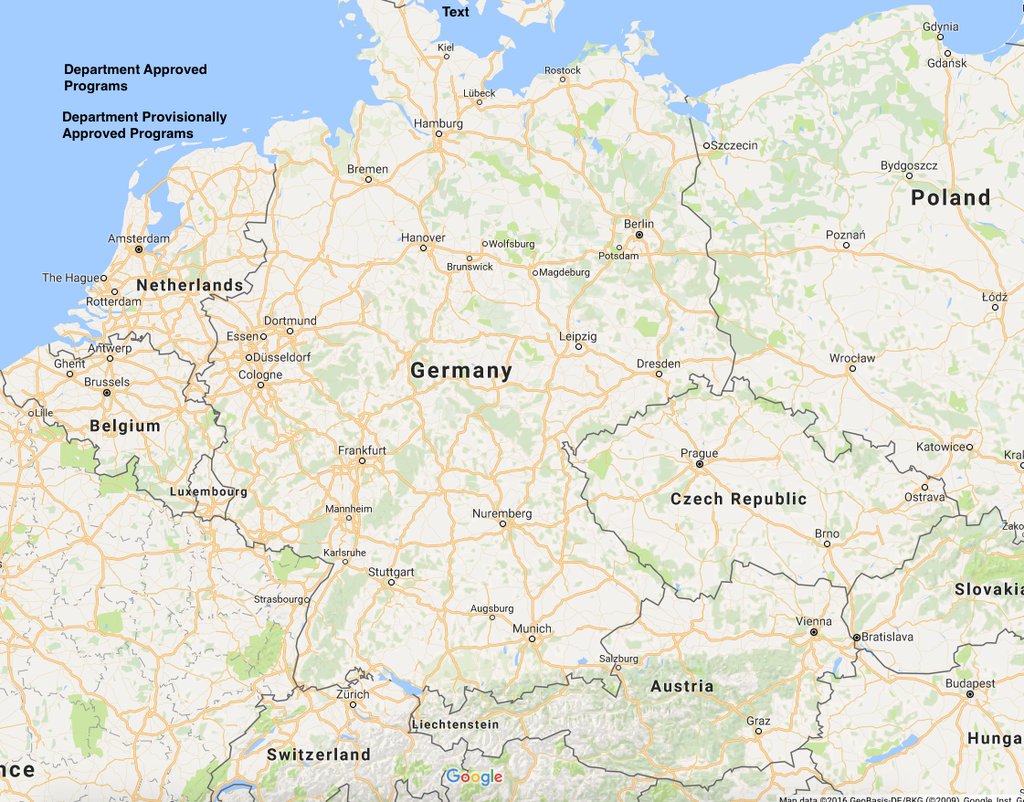 (F/S/Y) 2 tracks: Language & Area Studies or Metropolitan Studies. Enjoy a semester in Germany’s capital while taking both local and international field trips. Variety of housing including apartments and homestays. Language & Area: prerequisite of 4 or more semesters of college-level German; can enroll in German university classes for spring and year students but not for fall semester-only. (15-19 semester credits) Evaluation

(F/S/Y) Small, long-established partnership with the University of Salzburg. Must have one year of college level German. Student residence hall.

(F/S/Y) A program based in Dresden, a medium sized city in eastern Germany. Students start with a five-week mandatory immersion course and then directly enroll at Technische Universität Dresden for the rest of the term. Dormitory-style living.

(F/S/Y) Founded in 1959 in Mainz, the Middlebury School in Germany provides students with the opportunity to live, study, and socialize with Germans and immerse themselves completely in the local culture. Applicants usually have completed six semesters of college-level German or the equivalent before attending the program. Non-Middlebury students who have completed a minimum of 4 semesters may be admitted based on an assessment by the program director.

"I'll always have the happiest, most vivid memories of Freiburg: [it] was the perfect mix between a young, university town and a picturesque German village nestled in the countryside, and I quickly fell in love. It was also Freiburg that first sparked my interest in questions around refugee resettlement and integration. I was living there in the midst of the European refugee crisis and between the frequent travel warnings, students protesting in the streets and the refugee container I walked by everyday on my way into the city, it was almost impossible to avoid such topics. When I returned to the U.S., I felt compelled to explore these same questions in my home country, and spent that following summer working with Somali-Bantu refugees in Lewiston, Maine. I am now working on a honors project on German literature that picks migration as a central theme. Following graduation I hope to continue in this line of work as a Fulbright Diversity Fellow, teaching English in Germany to students of refugee and migrant descent." - Casey Krause '17