The Wide Spot in the Road

IN 1929, when my grandmother was in high school, she cleaned the rooming house in her rural hometown of Dennysville, Maine. She was one of eleven children.

My uncle was raised on Swan’s Island, in a fishing family. In the 1950s, he took a boat to high school in Southwest Harbor and lived there during the school week. Eventually he relocated to Camden, where he hauled lobsters in the summers and dragged scallops in the winters, going out on the water with his brothers for weeks at a time. When he came home, his beard was covered in ice.

In Maine, hard work seems inevitable and unavoidable. Given the harsh winters, the distance, and the isolation, the rigor is built in. In Dennysville, as in so many small towns, the work migrated with the seasons. In the summers, locals went blueberrying, a job that sounds quaint but involves stooping for several hours to rake berries off low bushes in long, rock-strewn fields. In the fall, they gathered in the coffee shop/general store to make Christmas wreaths.

Work in Maine seems to occur with a conspicuous lack of complaint. In 2007, I spent a year on Mount Desert Island, where I was quickly schooled in preparing for winter: putting on snow tires and procuring firewood and kindling and sealing windows, tasks that were approached with something like eagerness. A storm in the forecast was met with a matter-of-factness that bordered on excitement. After the snowfall, the streets were cleared with remarkable efficiency.

Maybe, to some extent, the beauty of Maine helps temper the difficulty. It would be tempting to romanticize the snowstorms, the fishing boats gliding in the harbors—I remind myself that my uncle lost the majority of his hearing to the motors on the boats.

In the late 1930s, my grandmother and two of her sisters migrated south, to New Jersey, in search of work as teachers. One brother followed them but changed his mind in Grand Central Station, repelled by the crowds and noise, vowing: “Take me back to the wide spot in the road and I’ll never leave.” He returned to the space and quiet of Maine and served as his hometown postmaster for the next sixty-three years.

Nearly a century later, to be in Maine is to bear witness to that same strong work ethic: uncomplaining, undaunted, resolute.

What you don’t find, it would appear, is the stress. Mainers labor from dusk to dawn but seemingly without the high pitch of pressure—the contemporary anxiety—that so frequently accompanies work so demanding. Is it practical necessity that dilutes it? The presence of beauty? Of fellowship among neighbors and friends? Something about the approach to work in Maine feels refreshingly sane, rational, almost relaxing—and, even in isolation, communal too.

In 1998, my aunt was principal of a rural elementary school in Pembroke when the Great Ice Storm knocked out power and encased large swaths of the state in thick ice. People weren’t afraid, she said; they felt prepared. The National Guard arrived, generators were brought in, and more than one hundred neighbors took shelter in the school for over a week.

In the 2010s, I spent my summers working on Orr’s Island, fifteen minutes from Bowdoin. I rented a cottage in the woods on the edge of a quiet cove, where I wrote every day, all day. Lobster boats puttered by in the mornings. In the afternoons, I’d often stop by the island candy store. On foggy early June days there’d be no other customers, but behind the steamed windows I might find a group of high school students baking batches of candy in preparation for tourist season. I’d head home and wave to my neighbor across the road; he’d built his own house.

My landlord those summers was a chemistry professor who had taught at Bowdoin. He was retired but still worked constantly. He maintained his house and property. He rose at 5 a.m. and baked bread. He was always writing and researching a new article or book. His home office, overlooking the water, was piled with impressive towers of books and papers—hard work, but he spoke of it with palpable pleasure. It was not unlike the note in his voice when he described the beauty outside his office windows in winter: the weather could be harsh, he told me, the cold bitter, but the mist on the water’s frozen surface looked like it was dancing.

Elise Juska ’95 is an associate professor at the University of the Arts in Philadelphia. Her latest novel is If We Had Known. 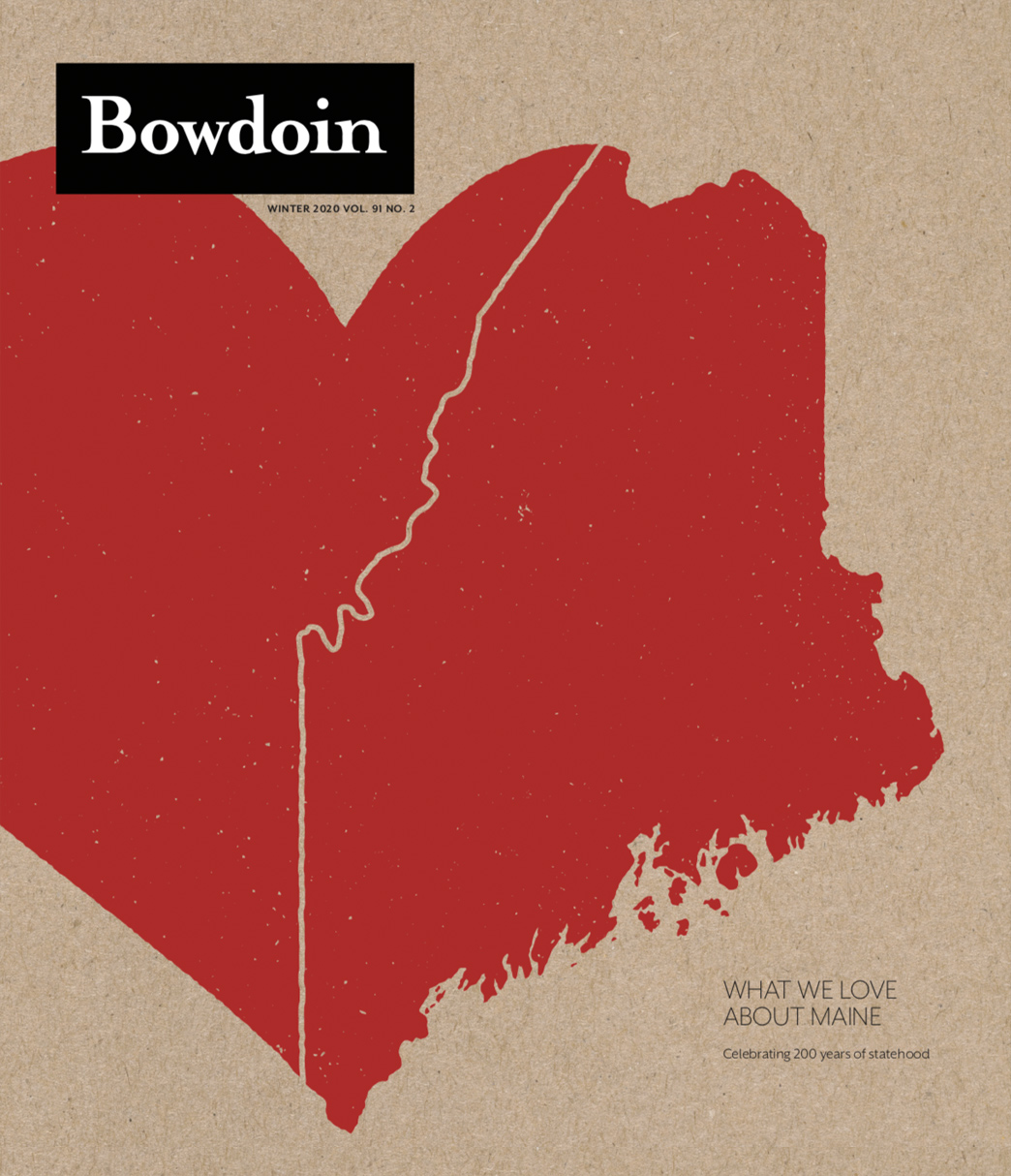